A closer look at the minerals under Philippine soil

There is nothing more exceptional than an archipelago whose immense wealth beggars the imagination. This is where the Philippines finds itself blessed by providence.

Deposits of metals and mineral elements are so abundant, even strict government laws can barely keep eager miners from digging up the stuff in bulk. Today, an estimated US$850 billion worth of mineable ore reserves remain untouched.

Or, as the Department of Environment and Natural Resources (DENR) puts it in its primer, natural disasters aside, we are “super loaded with mineral deposits.”

According to a report by mining firm Skynix Holdings, which has copper and gold operations in western Mindanao, the Philippines remains an exciting frontier.

With nine million hectares of territory suitable for mining, “a little over than 500,000 hectares are covered with approved mining permits for exploration and development,” Skynix said in a statement.

The Mines and Geosciences Bureau’s (MGB) own assessment is more hopeful. Based on figures gathered in July 2012, a little over 1% of the Philippines’ 30-million-hectare land area is “covered by mining tenements.”

Further proof is in the rankings. The Philippines is the world’s third largest producer of gold. The country also leads in copper, nickel, and chromite.

Geologists explain this abundance in terms of porphyry, or the presence of mineralized rocks. Thanks to the Philippines’ location along the Pacific Rim’s western edge, porphyry’s for gold (Au) and copper (Cu) are the region’s most densely clustered—comparable to the abundance of eastern Canada and Chile.

Furthermore, an estimated 68 billion metric tons of non-metallic minerals are spread throughout the provinces, from limestone to sand to marble.

Breakthroughs
It is no wonder then that in March this year, the MGB announced the lifting of a two-year ban on applications for exploring possible mine sites.

Environment Secretary Ramon Paje was ecstatic, adding that a new revenue-sharing scheme was also in the works. This after 2012’s controversial Executive Order 79 amending the 1995 Mining Act (RA7492) with stricter taxation guidelines.

The effect then was to sour multinational mining firms’ prospects for the Philippines, which leveled the playing field for the so-called small- scale sector. This murky subset of local mining has become a headache, especially when journalists, helped by public officials, began to uncover illegal mining activities involving Chinese firms.

“There are lots of big, legitimate miners,” says Sergio Ortiz-Luis, vice chairman of the Philippine Chamber of Commerce and Industry.

“Let’s set aside the Chinese ones first. I don’t think we should allow them because they’re well capitalized, but I don’t think they have the discipline to do the mining. We’ve had bad lessons,” he laments.

“We have lots of indigenous peoples scattered all over the country,” Ortiz-Luis adds. “That is a problem, coupled with the Catholic religion.”

He quips, “They feel that it’s God’s order to them to protect every tree that stands.”

As a result of all the controversies over small-scale mining, the Aquino administration seems to be changing its tune for the sake of letting the multinational players in. According to Paje, new mines for metallurgical ores can enjoy a five-year tax break after signing a Financial and Technical Assistance Agreement (FTAA).

There is also the possibility of a reorganized revenue-sharing scheme, with the government collecting 10% of gross earnings and splitting net earnings 50-50, which will be submitted to Congress for approval.

But the ever contentious issue of taxation continues to rear its ugly head. In light of Paje’s remarks, the Bureau of Internal Revenue (BIR) maintains that it is entitled to a 2% excise tax on all mining activities despite any agreements with other government agencies.

Fortunately, these changes have not affected business-as-usual for ongoing mines.

Due to nearly a decade of rising demand for gold, mining development along the East Mindanao Ridge, which extends from Surigao to the southern metropolis of Davao, has reached fever pitch.

Based on documents made available by mining firms, opportunities along the ridge are overflowing. One company, Medusa Mining, has tenements in 25 different sites with known gold deposits and four more for copper.

Figures on small-scale operations, especially in the hyper-active Davao region, where rocks and metals abound, are harder to come by; although the MGB’s records on current Mineral Production Sharing Agreements (MPSA) as of 2012 identify at least 20 locations, with cement-giant Holcim possessing the most for limestone and silica quarries.

For a sector that attracts controversy whenever its actions are scrutinized by the public, mining thrives despite the odds. Even adverse politics has not discouraged high-profile operators.

This observation merits a look at how Philippine mining was shaped by the ebb and flow of the country’s historical process. Although most historians agree that mining figured in the lives of indigenous communities during the pre-Spanish era, large- scale ore extraction has never been documented until modern times.

Breakdowns
In the American era from 1899– 1945, for example, the first great mining rush only began in the 1930s. It was in the post-war period that huge strides were made, with giants like Atlas, Lepanto, and Philex being responsible for putting the Philippines among the world’s top 10 mineral exporters.

Production eventually declined from the waning days of the Marcos dictatorship until Cory Aquino’s presidency.

When the controversial Mining Act of 1995 was passed, it encouraged hopeful investors but antagonized environmentalists and ethnic minorities.

A Supreme Court ruling in 2004 was seen as a godsend, with renewed hope for the mining industry.

Then Senator Benigno Aquino III won the 2010 presidential elections, restarting the debate over who should win the right to mine the Philippines’ natural riches. Amid the drama, companies like Skynix Holdings, partnered locally with ORO-East Mining Corp., are confident Philippine mining is due for a comeback.

“The influx of major global corporate mining players and giants into the Philippine exploration and mine development arena even more confirms that indeed a bull run for mining is now being enjoyed in the Philippines,” reads an assessment sent to its shareholders.

Aside from the mining crowd— who do reasonably good if frustrating business—what is often missed by observers of the sector is its vast scale.

For example, in the picturesque island province of Guimaras, almost 1,800 hectares of land along the Iloilo Strait serves as a limestone quarry run by Dorilag Cement Corp. via Limestone Philippines. Begun in 1993, the quarry operator reveals that there is enough limestone in the site for 500 years of continuous production.

Meanwhile, Philippine Metals Inc., also working in gold and copper, has knowledge of 52 copper and sulfide deposits across the country registered as “massive.” The DENR, however, only recognizes 25 major copper deposits nationwide.

Philippine Metals is currently operating two mines in Central Luzon and one in Leyte.

It is hard to argue on behalf of available figures, since they are just the tip of the iceberg.

If proven mineral and rock deposits here are so astounding, then wait until the government releases data on rare earths some time soon. 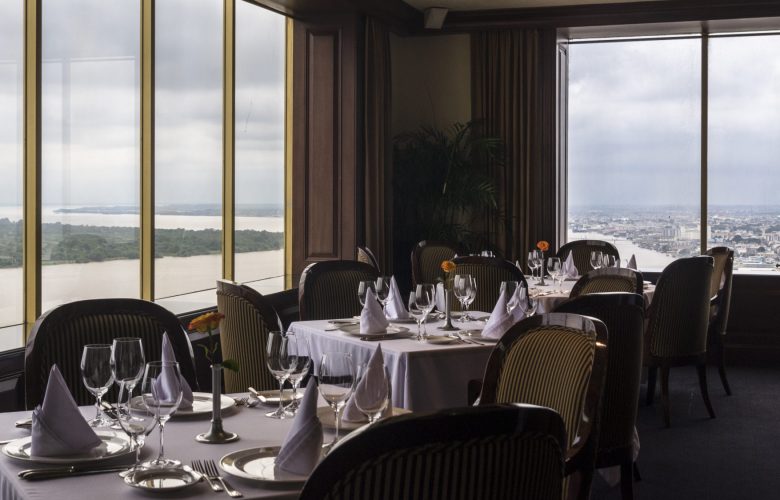